As an American citizen, I’m embarrassed to tell my friends and colleagues overseas that our government believes it has the right to tell us what we can and can’t do with our own bodies. As a mental toughness coach to some of the largest sales teams in the world, I find it downright offensive. I just gave a speech in Washington, DC and and an interview on FOX, and it got me thinking of how childish and hypocritical some of these laws are. Example: You can drink alcohol until it kills you but smoking pot is illegal. If you’re terminally ill and wish to end your life through physician assisted suicide the U.S. Government will put you and the assisting physician in jail. It’s legal to physically beat someone to death in the boxing ring but a woman cannot leverage her body to earn a living. America is infamous for it’s ongoing attempts to legislate morality through a blend of politics and religion. The supposition is that we the people are not smart enough to govern our own bodies and not moral enough to know right from wrong without the guidance of government and threat of organized religion. It’s not only an immature approach to governing an educated people, it’s also insulting and condescending. The 20th century is over. Isn’t it time America grew up and our citizens were given the freedom to make their own decisions? Especially when it comes to our own bodies? Do we really need our scandal-ridden government to tell us how to live? Watch this short video and I’ll look forward to your comments. Steve Siebold 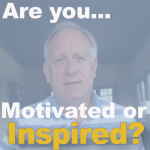 41 thoughts on “Should Government Control Your Body?”