Do you believe anything is possible? I don’t mean living in a delusional fantasy state of mind, but in the mindset of possibility within the realm of your reach…and maybe a little beyond. Watch this short video (2:14 ) I shot yesterday on the beach and I’ll look forward to your comments.

Where are the Rich? 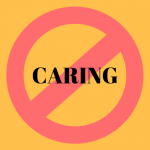 The Most OFFENSIVE Coaching Question EVER

11 thoughts on “Is Anything Possible?”