Happy New Year! To kick off 2012, here’s a critical thinking question for your consideration: are you expanding or contracting? The answer will be a key determining factor in your success in 2012. Watch this short video I shot in Palm Beach, Florida, and I’ll look forward to your comments.

Are You New York Tough?

Can You Really Have It All? 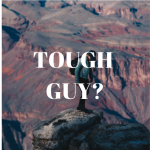 27 thoughts on “Are You Expanding or Contracting?”