Thanks to everyone who contributed to the last post. It was a great debate. I appreciate everyone’s passion and enthusiasm. Isn’t it great that thinkers have a place to express our opinions in a strong, yet respectable manner? Thanks for having the courage to sound off, no matter which side of the argument you were on.

This post is a little lighter, yet important mental toughness strategy of millionaires. I’ve taught this exercise to tens of thousands of sales people and entrepreneurs all over the world, and it’s one of the most popular segments of the Mental Toughness University process. Watch this video, and then take action.  I’ll look forward to your comments.    Steve Siebold

The case for legalizing marijuana 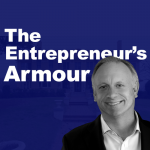 The Making of a Million Dollar Mind

My Fight with a Catholic Priest