I was speaking down in Melbourne, Australia recently at a hotel next to Rod Laver Arena, home of the Australian Open Tennis Championships. I had the rare opportunity to trade shots with Mr. Laver back in 1977, and he gave me a piece of advice I’ve never forgotten. Rod Laver is considered one of the best tennis players that ever lived, and he’s regarded as a national treasure in his native Australia. In between speeches, my wife Dawn and I took a tour of Rod Laver Arena and filmed this short video to share Rod Laver’s wisdom with you. 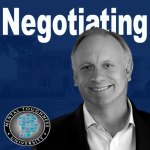 Grow Up America: If You’re Fat, It’s Your Fault!

Are You Stopping At The One Yard Line?