No other industry in America has been demonized more than the pharmaceutical industry. The middle class loves to criticize pharma companies for high prices and the commercialization of life saving and extending drugs and vaccines…UNTIL someone they LOVE gets sick. That’s when they rely on pharmaceutical companies to make them or their loved ones well. This is a classic example of middle class thinking and a severe lack of mental toughness. Pharmaceutical sales people are not only some of the finest professionals in selling, they are also some of the most caring I’ve ever worked with at Mental Toughness University. They are the most misunderstood and under appreciated sales people in business today. Listen to this post and I’ll look forward to your comments. Steve Siebold, CSP, CPCS  ( 6:20 ) 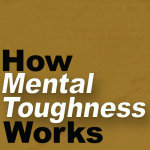 Are You a Mentally Tough Investor?